Kygo, Alan Walker & Wiese: What is it about the city of Bergen?

Alan Walker and Kygo are familiar names to those who follow electropop music, but have you heard of Wiese? Wiese is a fast-rising songwriters, music producer and DJ. Like his two mentioned colleagues, Wiese is also from Norway. Actually they all come from the same city, the city of Bergen.

We are not talking about a big city like New York, London or Tokyo here, but a small city with less than 300,000 inhabitants, located on the west coast of Norway.

Traditionally, Bergen has been internationally known for aquaculture, shipping, the offshore petroleum industry and subsea technology. And a lot of rain. In recent years, the city has made a name for itself as an international music city. Names like Alan Walker and Kygo have already been mentioned, but behind them we can find some really interesting up and coming stars.

One of them is the music producer and songwriter Wiese or Trygve Wiese-Haugland which is his real name. During the first six months of 2020, Wiese has released four songs and amassed an incredible ten million plays on Spotify. These plays are roughly split fifty-fifty between Norway and the rest of the world, which highlights the potential for Wiese as an international artist.

So, how can it be that a small town like Bergen can educate so many international electropop talents?

To get an answer to this, we need to turn to the special Bergen culture. People who live in Bergen are known for having extra self-confidence, courage and drive. These are all qualities that are important for success in whatever you do. They are also qualities that are important if one is to succeed in competing in an international arena, where the competition is all the higher.

Furthermore, the size of the city is also well suited. It is large enough to have its own home market, but also not larger than it is possible to establish oneself and make oneself known without drowning in the masses. In this way, the city functions as a suitable environment for trying and failing, and as an international catalyst as soon as one has found what works and what does not.

Like his Norwegian music colleagues Alan Walker and Kygo, Wiese also make catchy melodies and pulsating beats. One difference, so far at least, is that Wiese still releases all music on his own independent label. As his career progresses and he gets even more international attention, Wiese will probably also have to team up with a major label. Until then, it is exciting to see how far he can go without such backing.

And how far one can go only by being blessed with genes from Bergen. 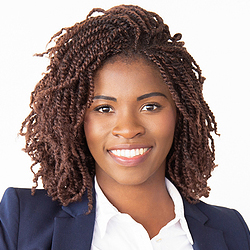