Key events of the presidency of George W. Bush 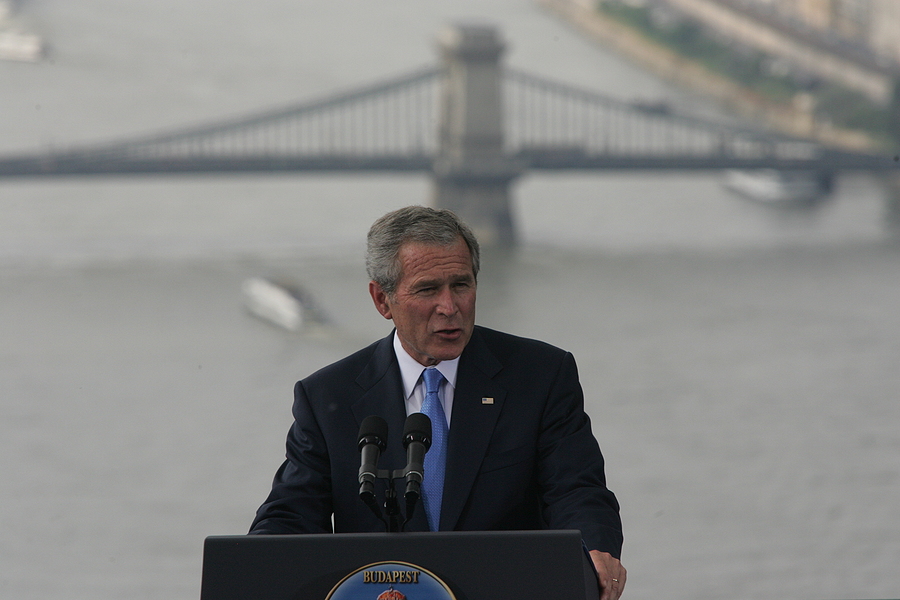 Becoming the leader of the free world certainly came with a lot of different challenges, like it typically does. One of the most defining moments of George W. Bush’s presidency was the 9-11 terrorist attack. Every American alive at the time remembers what they were doing that day and when they found out what happened.

While that was certainly the most memorable moments of his presidency, there were a number of other key events that shaped the presidency of George W. Bush, have a read on below to find out more:

George W. Bush was inaugurated into the White House on January 20, 2001. By doing so he became the second son of a President to take office. Just two days after being in office he bans aid for abortion. It was known as his first policy and was initiated during the presidency of Ronald Reagan, although throughout the presidency of Bill Clinton, it was not enforced.

Also, less than a month into his first term, he sent in United States planes to attack Iraqi radar locations. In June 2001 he approves a whopping $1.35 trillion tax cut, which reduced income tax rates for many Americans. The relationship between the United States and China also changed when he pledged military support for Taiwan.

George W. Bush wasn’t even in office for a year when he had to deal with the biggest terrorist attack on US soil since Pearl Harbor. Terrorists hijacked a total of four commercial airplanes, crashing two into the World Trade Centre, one into the Pentagon and another in the Pennsylvanian countryside. Deaths from this terror attack is said to be around 3,000.

George W. Bush addressed the nation and vowed to bring those responsible for the attacks, Al Qaeda (the founder was Osama bin Laden) to justice. It didn’t take too long before America rallied and got international support and they invaded Afghanistan. In October 2001, George W. Bush officially announced that there has been military action in Afghanistan.

There was quite a significant amount of financial deregulation throughout George W. Bush’s term as President. There were fears by many about a looming financial recession before it actually happened, and despite the best efforts of those in office, America, and pretty much the rest of the world fell into a recession.

In March of 2003, George W. Bush addressed the nation and officially declared war on Iraq. By May of the same year he declared that it was mission accomplished and planed to reduce the number of troops in the area. Things started to escalate over the years and in 2006 the Iraqi government requested that America reduce the number of troops in their country, a request that George W. Bush denied.

The next year in 2007, the Congress passed a bill to withdraw all troops from Iraq within a year, which George W. Bush went on to veto. Eventually the amount of troops in Iraq did start to decline, from 168,000 in September of 2007 to just under 150,000 when George W. Bush left the White House. To this day there are still American troops in Iraq, as well as Afghanistan, and other places.